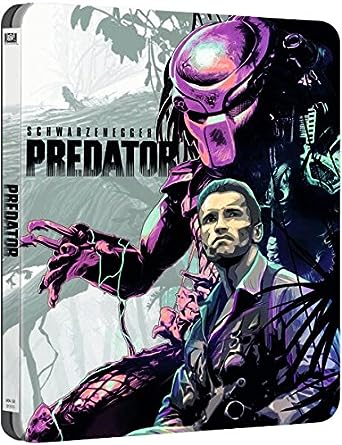 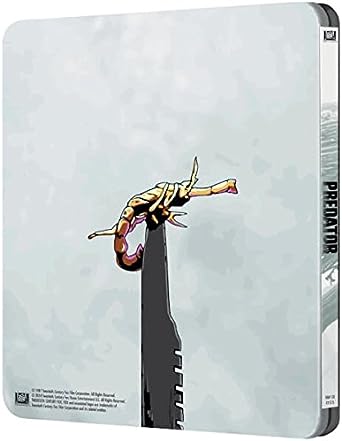 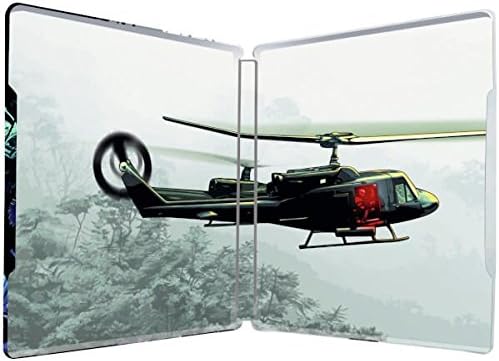 Commentary by Director John McTiernan
How I wish McTiernan was joined by Schwarzenegger, who always makes for a hilarious commentary track (check out Conan: The Barbarian). Alas, McTiernan goes it solo, and delivers a dry, quiet but informative track, with lots of "making of" type technical details and on-set anecdotes.

Text Commentary by Film Journalist/Historian Eric Lichtenfeld
This text-only commentary, when selected, runs as subtitles across the bottom of the screen. It's mostly comprised of interviews with the film's editor, sound effects designers, stunt choreographers, casting director, and screenwriters.

Predator: Evolution of a Species: Hunters of Extreme Perfection (1080p, 11:13)
Producer John Davis and filmmakers Robert Rodriguez and Nimrod Antal discuss Predator's lasting impact in this new featurette. (The rest of the bonus materials—with the exception of the Predators sneak peak—have been ported over from the 2-disc special edition DVD.)

If It Bleeds, We Can Kill It: The Making of Predator (SD, 28:47)
Produced for the 2001 DVD release of the film and containing lots of vintage interviews and footage, this is a substantial making of documentary, tracing the production of Predator from spec script to screen. Everyone gets a say here—the writers, the director, most of the actors—but Arnie is noticeably missing in action.

Inside the Predator (SD)
Another port from the DVD release, Inside the Predator gives us seven vintage featurettes. Classified Action (5:21) takes us on set for some of the stunts, the cast and crew discuss Arnie's star-power in The Unseen Arnold (4:42), Old Painless (3:30) is an ode to the massive gatling gun that Ventura totes, and The Life Inside (4:26) is a tribute to the late Kevin Peter Hall. Wrapping it up, we have Camouflage (4:54), a look at the make-up work, Welcome to the Jungle (2:40), a discussion of the film's sense of place, and Character Design (4:41), which covers each characters' personality.

Short Takes (SD)
Four short interviews that didn't fit anywhere else. In John McTiernan on Learning Film (3:05) the director talks about his film school experience, Jesse's Ultimate Goal (2:18) is about Ventura's venture into politics, Stan Winston: Practical Joker (3:02) is the story of a bullfrog-related prank, and Don't Drink the Water (1:58) is expert advice for all travelers to Mexico.

Predator Profile (1080p)
A text-and-photo-only profile of the alien predator, detailing all of his weapons and armor.